The season comes to a happy conclusion as guest pianist Alexander Toradze performs Ravel’s lighthearted and sparkling Piano Concerto in G major with its nod to American jazz.  In the second Palm Beach Symphony premiere of Ravel on the evening’s program, the Symphony performs Ma Mère l’Oye, or the Mother Goose Suite, which like the fairy tales it celebrates, enchants listeners with a sense of wonder. Brahms' first orchestral work, Serenade No. 1 in D, allows the Symphony to shine in a fitting culmination to a landmark season. 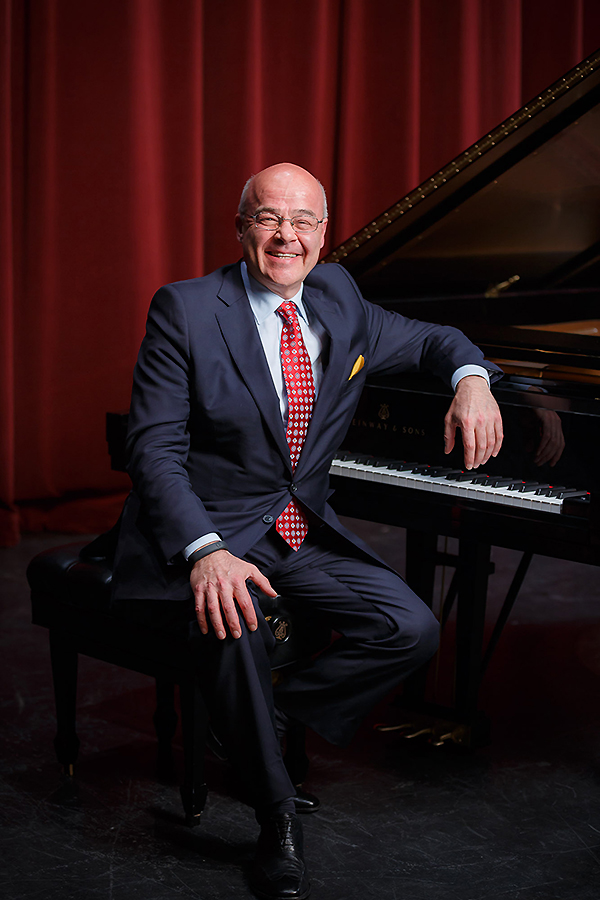 Alexander Toradze is universally recognized as a masterful virtuoso in the grand Romantic tradition. With his unorthodox interpretations, deeply poetic lyricism, and intense emotional excitement, he lays claim to his own strong place in the lineage of the great Russian pianists.

Born in 1952 in Tbilisi, Georgia, Alexander Toradze graduated from the Tchaikovsky Conservatory in Moscow and soon became a professor there. In 1983, he moved permanently to the United States. In 1991, he was appointed as the Martin Endowed Chair Professor of Piano at Indiana University South Bend, where he has created a teaching environment that is unparalleled in its unique methods. The members of the multi-national Toradze Piano Studio have developed into a worldwide touring ensemble that has gathered great critical acclaim on an international level. In the 2002-2003 season, the Studio appeared in New York performing the complete cycle of Bach solo concerti, as well as Scriabin’s complete sonata cycle. The Studio has also performed projects detailing the piano and chamber works of Rachmaninoff, Prokofiev, Dvorak, and Stravinsky, in Rome, Venice, and Ravenna, Italy; the Klavier Festival Ruhr and Berlin Festivals in Germany; and in Boston, Chicago, and Washington, D.C.