An Enchanting Evening with Julian Schwarz

Acclaimed for his powerful tone, effortless virtuosity and extraordinarily large color palate, guest cellist Julian Schwarz reunites with his father on the podium to perform two of the program’s four Palm Beach Symphony premieres. He performs Saint-Saëns’ Cello Concerto No. 1, a work which the Hartford Courant noted of a previous concert by Schwarz, is “filled with tricky figuration…Schwarz heard beyond the virtuosic elements. Warmth and a variety of colors emerged in his lyrical playing.”  He also treats the audience to the melodious and tranquil respite of Dvořák: Silent Woods for cello and orchestra. Palm Beach Symphony presents two early works that foreshadowed their composers’ future greatness: William Grant Still’s jazz and blues influenced expression of the Black experience Darker America and Mendelssohn’s fluid and ultimately fiery Symphony No. 1. 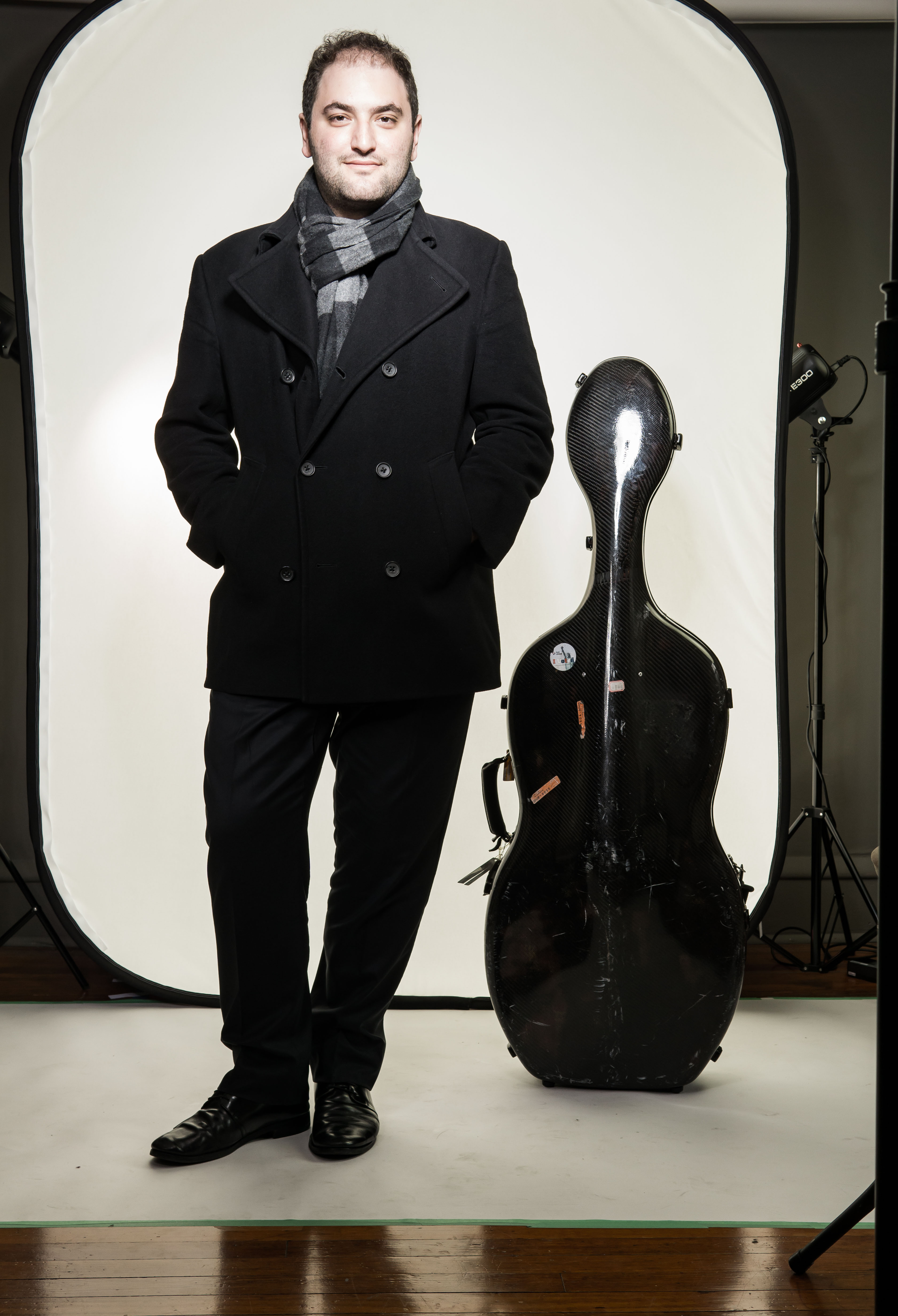 Julian Schwarz was born to a multigenerational musical family in 1991. Heralded from a young age as a cellist destined to rank among the best of the 21st century, his powerful tone, effortless virtuosity, and extraordinarily large color palate are hallmarks of his style.

After making his concerto debut at the age of 11 with the Seattle Symphony with his father, Gerard Schwarz, on the podium, Mr. Schwarz made his US touring debut with the Moscow Radio Symphony Orchestra in 2010. Since being awarded first prize at the inaugural Schoenfeld International String Competition in 2013, he has led an active career as soloist, performing with the symphony orchestras of Annapolis, Boise, Buffalo, Charlotte, Columbus, Des Moines, Hartford, Jacksonville, Louisville, Memphis, Modesto, Omaha, Puerto Rico, Richmond, Rochester, San Antonio, Sarasota, Seattle, Syracuse, Toledo, Tucson, Virginia, West Virginia, Wichita, and Winston-Salem, among others. Internationally, he made his Australian debut with the Queensland Symphony, his Mexican debuts with the Boca del Rio Philharmonic in Veracruz and the Mexico City Philharmonic with frequent collaborator Jorge Mester, and his Hong Kong debut at the Intimacy of Creativity Festival. He has also appeared at the Salzburg Mozarteum in Austria and the Verbier Festival in Switzerland.

As a chamber musician, Mr. Schwarz performs extensively in recital with pianist Marika Bournaki. In 2016 the Schwarz-Bournaki duo was awarded first prize at the inaugural Boulder International String Competition’s “The Art of Duo”, and subsequently embarked on an extensive 10-recital tour of China in March 2017. Mr. Schwarz is a founding member of the New York based Frisson Ensemble (a mixed nonet of winds and strings), and the Mile-End Trio with violinist Jeff Multer and Ms. Bournaki. He performs frequently at Bargemusic in Brooklyn with violinist Mark Peskanov, on the Frankly Music Series in Milwaukee with violinist Frank Almond, as a member of the Palladium Chamber Players in St. Petersburg FL, and has appeared at the Cape Cod Chamber Music Festival, Orcas Island Chamber Music Festival and the Seattle Chamber Music Festival. In addition, he is the co-coordinator of chamber music at Eastern Music Festival, programming the repertoire for the Tuesday evening chamber music series.

Julian Schwarz is an ardent supporter of new music and has premiered concertos by Richard Danielpour and Samuel Jones; the Jones concerto was recorded with the All Star Orchestra for public television in 2012 and subsequently released as a DVD on Naxos. In the 17-18 season, he gave the world premiere of Lowell Liebermann’s first Cello Concerto with the Toledo Symphony and a consortium of five other orchestras. Additional premieres include recital works by Paul Frucht, Scott Ordway, Jonathan Cziner, Gavin Fraser, Alex Weiser, Ofer Ben-Amots, and the US Premiere of Dobrinka Tabakova’s Cello Concerto. No stranger to the recording studio, he has recorded Bright Sheng’s “Northern Lights” for Naxos, the complete cello/piano works by Ernest Bloch for the Milken Archive of American Jewish Music, and an album of concertos with the Seattle Symphony.

A devoted teacher, Mr. Schwarz serves as Asst. Professor of Cello at Shenandoah Conservatory of Shenandoah University (Winchester, VA) and on the artist faculty of New York University (NYU Steinhardt). He spends his summers teaching and performing at the Eastern Music Festival (Greensboro, NC). Past faculty appointments include artist-in-residence at the Lunenburg Academy of Music Performance (Nova Scotia, Canada), faculty teaching assistant to Joel Krosnick at The Juilliard School, and Artist-In-Residence at the pianoSonoma Festival.

Born in Seattle, WA, Julian Schwarz studied at the Academy of Music Northwest and the Lakeside School. His studies continued at the Colburn School in Los Angeles under Ronald Leonard, and he then moved to New York City to study with mentor Joel Krosnick at The Juilliard School, earning his Bachelor and Master of Music degrees in 2014 and 2016 respectively. Other influential teachers include the late David Tonkonogui, Toby Saks, Lynn Harrell, Neal Cary, and chamber music mentors Andre Roy, Arnold Steinhardt, Jonathan Feldman, Toby Appel and Paul Coletti. Mr. Schwarz plays a Neapolitan cello made by Gennaro Gagliano in 1743 and uses an American bow made by Paul Martin Siefried. He is an active contributor to Strings Magazine’s Artist Blog and sits on the music committee of the National Arts Club. A Pirastro artist, he endorses and plays the "Perpetual" medium and edition sets of cello strings and as well as Melos Rosin.